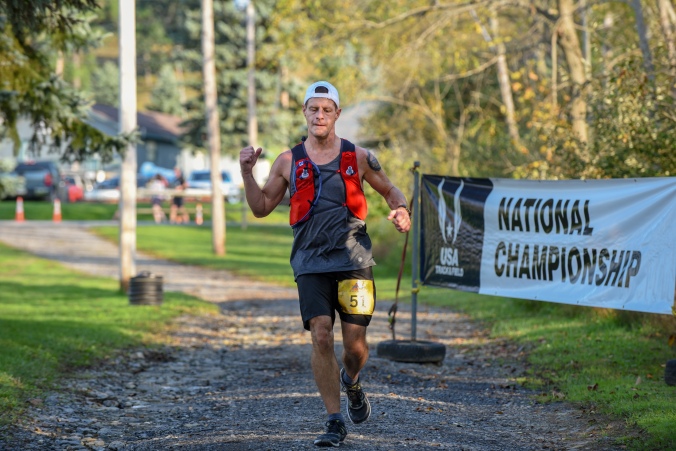 This year I slated three races to run. The first was a 25K trail run I knew I wasn’t fully prepared for. The next was a trail marathon I used as a practice run. The third was my “A” race, the one at which I wanted to perform well and go for the best time I could over 50 miles. I cramped up at the first race which I attributed to lack of preparation. It was frustrating, but not demoralizing. The second race was healthy and enjoyable mainly because I wasn’t going all that hard. But the last race? That “A” race I had in my sights all year? I cramped up the worst and way earlier that I would ever have expected. I sucked down all the electrolytes and was well hydrated, I wasn’t going all that much faster than my final training run, and I had a 3 week taper leading into it. I had also trained my ass off and followed a program I put together based on plans recommended by more than one coach. Yet I still lost my legs at mile 22 and they never came back. That meant 28 miles of often excruciating pain that made power hiking up even modest climbs difficult and unforgiving. But I’m not here to talk about my body. I’m here to talk about what was happening in my brain.

Anyone who has worked through a mental illness will tell you that self-talk and personal narratives dictate how they feel, what they believe about themselves, and how they behave. The messages from past experiences and internal traumas that loudly whisper, “You aren’t worth this,” “You should stop,” “Who are you to even try,” “You’re so selfish,” “Just give up, that’s what people would expect anyway” never fully go away no matter how healthy you get. The trick is to form a different relationship with those messages so they stop dictating your feelings, beliefs, and behavior. This takes practice and hard work over a long period of time like training the body to endure running for long distances. When the body is healthy and everything seems to feel good and highly functioning, dispelling those messages with affirmations, completing even mundane goals, or bodily movement is at its easiest. But when the body starts to fatigue and pain is inescapable all those practices you have developed to counteract the narratives of depression or anxiety in all of its forms begin to lose their effectiveness. Without those practices, your thoughts are left bare. What then?

Mindfulness has become a Westernized panacea that is as ubiquitous as diets promising you that you can lose weight fast and look like a fitness model in two weeks, or get rich schemes from televangelists promising magic from “miracle” spring water from Russia. Most of the popular mentions of mindfulness are divorced from its roots in meditation practices from Buddhists and romanticize the image of the happy guru blissful in his chubby transcendence. Mindfulness to the popular imagination is more like achieving the state of a happy dog that lives its life in a series of present moments ecstatic to see people, play ball, and sneak scraps from the table. This image of mindfulness misses the mark not only for what it is and how hard it is to practice and to achieve a level of competence doing.

Mindfulness is about understanding the cycle of cause and effect that people are caught in so that we can better understand how to break and change those cycles in which we find ourselves in order to live lives at greater peace with ourselves and with others.

Mindfulness is indeed becoming deeply familiar and intimate with the present. It is a practice that gets you much closer to and curious about everything happening inside the body and outside of it. It is feeling the shirt on your skin, hearing the ringing in your ears you usually don’t notice, listening to the voice that tells you how horrible you are, and leaning in to all of the things that go through your brain of which you are most often completely unaware. Mindfulness is about understanding the cycle of cause and effect that people are caught in so that we can better understand how to break and change those cycles in which we find ourselves in order to live lives at greater peace with ourselves and with others. If you stop everything and become aware of everything going through your brain and everything that you sense in your body, it is overwhelming. Close your eyes and give it a try right now for 30 seconds. There is a lot happening isn’t there? Just like going for a run when you are out of shape is difficult and takes time and consistent effort for your body to adapt, the practice of mindful meditation should be done by setting small goals and adapting over time to where you are able to manage your mind more effectively.

So what does this have to do with running an ultramarathon? Mile 30 was the last time I would see any of the runners in the pack I had been in until the finish. Except for relay runners passing me and support vehicles speeding by, I was totally alone with my pain and my thoughts. I am not a meditator. I tried it for a while, but I did not want to get intimate with my thoughts at all. At the time, life was a mess and the idea of making that mess more present and clear was awful. Why would I want to make bad stuff feel worse? I have done work since then to understand my brain, how my thinking works, and how it affects my behavior. But I have not exactly practiced mindfulness at least to the degree that a Buddhist monk would ever have me do. So when my body that I thought I had trained went south, I was left with an untrained brain to work through the mess of thoughts that I simply could not avoid.

As every negative comment ever slung at me going back to when I was probably eight years old raging in my brain, a woman from a relay team pulled up next to me. She said, “I have been trying to catch up to you for a half an hour! You are so strong! You are doing this! You’re strong!” She said it over and over again. I told her I was OK, that I was just working through bad cramps, and that there was nothing I could eat or drink right now that would help. We got to the top of the hill and I said, “I think I can run down this now.” She fell behind me. I never saw her again. I still have no idea who it was. But those words were just enough to feed my brain with something different and positive enough to flip the script a little. It also reminded me to keep practicing gratitude. If I saw someone else struggling, I offered encouragement. I thanked everyone at the aid stations and smiled for them because they had been working for us all day. The best solution to the problems inside my head was to get outside of my head.

But those words were just enough to feed my brain with something different and positive enough to flip the script a little. It also reminded me to keep practicing gratitude. If I saw someone else struggling, I offered encouragement. I thanked everyone at the aid stations and smiled for them because they had been working for us all day. The best solution to the problems inside my head was to get outside of my head.

The first step in mindfulness practice is to accept the thoughts and sensations you are experiencing. The second step is to accept that they are temporary and you are free to let them go whenever you want. The third step is to understand that the longer you hold on to those thoughts and sensations, the greater the risk is that you are going to cause yourself or others to suffer at some point. Sometimes you just need a little push from the outside to let those things go and that comes from either receiving help from others or offering help in any way that you can manage. That’s when the content of your brain starts to change just enough that perceptions and experience slowly and gradually transform.

So what did this race teach me? I not only need to strengthen my body a little bit more, I need to strengthen my brain. Two hypotheses I am going to test for next year: 1) Strengthen the muscles in the hips and knees to get better balance and increased resistance to fatigue; 2) start meditating with a true beginner’s mind and not for some deeper, spiritual purpose, but for stronger and more resilient processing of whatever is happening so I can more effectively let it go.