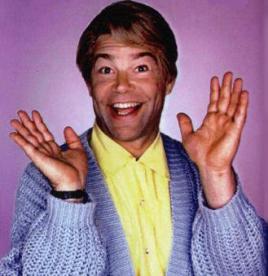 Thinking my way out of bad thinking does not work. I used to confuse action with things I could do with my mind alone. For the longest time if I had a bad thought I believed that all I had to do was pray or meditate and replace the bad thought with something good.

If I was starting in on the monologue of “I’m worthless, I’m stupid, I’m useless, I’m expendable,” I believed that all I had to do was reverse the spin in my mind with affirmations. “I’m valuable, I’m smart, I’m useful, I’m special.” Or I would pray, “Lord help me see my worth…blah blah blah…”

But I always felt absurd doing that and it never helped. I think if it helped, I would feel less absurd. No matter how much I worked on it, my thinking would come back to its pitiful default. Then I would feel worse because I couldn’t seem to do what worked for others.

If something isn’t really working, no matter how much people tell you that it should work, just stop. You need to do something else. So I stopped praying and self-affirming. I stopped reading about it or thinking about all of those things that I had been told by well-meaning people for whom these methods had worked. Sure, I could get temporary relief from prayer, but I would always return to the fundamental structures in my brain that were firing off these awful messages that were mentally and physically exhausting me on a daily basis. I refused to accept the belief that this sort of thinking is just “who I am.”

The solution was literally to get out of my head with physical movement. The problem is in my brain which is a mass of chemicals and energy and moving my body helps to change what is happening in there at the most fundamental levels. Just doing the Stuart Smalley thing by telling myself I am “good enough, smart enough, and people like me” was like trying to clean up a spill on the floor with a soaking wet towel. The towel might be fine, but I needed to wring that thing out before it would work. Moving my body is like wringing out that towel.

If I am bored and want a snack even if I am not hungry, I go for a walk. If I am feeling lonely or stressed that just means I have energy I need to release so I walk over to the YMCA and work it out on a treadmill or something more low impact if I am injured. In good weather I will just go for a run. Or I will take the dog for a long walk. This is basically a specific method of leaning-in to the problem. 100% of the time since I started this, whichever thoughts were bothering me or whatever emotions were starting to weigh me down disappeared.

By moving as a response to negative or harmful thinking, the thoughts evaporated almost instantly. The payoff is that I have effectively conditioned my mind to the degree that these thoughts, which I have been a victim to my entire life, are very rarely present anymore. Whatever was in me that responded to the environment with depressive thinking is basically gone.

By moving my body, I have evicted my depressive self from my mind. It has taken several months and practice not just every day, but every time the thoughts appear and as soon as they appear. Depressive thinking is tenacious. It is incredibly difficult at the beginning because it is so unconscious. It takes time and practice just to build awareness of when and under what circumstances it happens. But it gets easier because with consistent and equally tenacious practice, the thoughts begin to fade. And fade they have.

Now I move my body mainly because it’s fun and I feel good doing it, especially if I am having a bad day. I now schedule my days around it. I know that the more I do this, the more likely my depressed visitor will never want to stop by for a visit. I don’t even need the towel to clean up the mess because the mess no longer exists.

Part two of a series of Life Rules. See the explanation here.

3 thoughts on “Rules for a Happy Life: Move”